Courage is a love affair with the unknown

As I stepped through the arrival gate at Auckland International Airport, I was hit by a heat wave, and the ecstatic face of my daughter peering at me from behind the railing. We hugged tightly and I was overcome with emotion. I hadn’t seen her in 5 months, and it was the longest I had been away from her.

Dripping with sweat and with little energy, I flung my suitcase into the back of her old Nissan pulsar and her boyfriend drove us north, towards their house in Whangarei.

During the 3- hour drive up the upper North Island, I was in awe of the beautiful landscape. My birth country really was heaven on earth, and it took being away from it, to realize it. I hadn’t seen much grass or greenery since living in Kathmandu and I was struck by all the vivid colors. The rolling green hills, the clear blue sky, the deep blues of the ocean. Everything seemed to stand out, like a high definition pixelated movie. It was a surreal experience, and one that I will never forget.

Before I left, New Zealand had lost its magic, but now I was seeing it as if it were for the first time.

After catching up, in between quick snoozes on the back seat, we finally arrived in Whangarei. I stepped inside the flat, and again was hit by the brightness of the color white. Everything looked white, bright and so clean.

My daughter, Aiyana, made macaroni cheese for dinner and I quivered in delight as I devoured sticky, cheesy spoon fills of sheer delight. Up until then, I had been surviving on a diet, which mainly consisted of white rice and vegetables, and cheese and pasta just so happened to be two of my favourite foods!

With an overfull belly, I retired to the shower and had the longest HOT shower ever! I scrubbed and washed every part of my body clean, while watching the layers of dirt spiraling down the drain. In a way I was saying goodbye to Nepal, and resuming my old way of life again. I moisturized, combed my clean hair and went to bed feeling like a million dollars.

Sleep came fast and I slept like a baby.

The following day we drove 30 kilometers towards the Tutukaka Coast, to a beautiful beach called Whale Bay. The easy 10-minute walk along the bush track down to the beach was my first taste of being back inside the New Zealand bush. The birdsong, bright green fern fronds, and the smell of the earth brought up so many happy childhood memories and I felt proud to be a kiwi.

I stepped onto the powdery white soft sand and was overcome with gratitude. Gratitude for being back here in this beautiful country with my daughter.

After filming a quick segment for a dream job that I was applying for in America, I put my bikini on and ran into the ocean. The humid weather made me feel like I was on a tropical Island, and I floated on the surface, weightless and free, enjoying every moment.

The next few weeks I spent in bliss. Enjoying the warmth of the sun, eating all the foods I had missed, sunbathing, swimming in the ocean, doing lots of yoga, and spending time with Aiyana.

I hadn’t yet seen my mum, so we planned a camping trip together at my favourite Beach.

Matai Bay was blessed with a perfect white sandy beach in the shape of a horseshoe, crystal clear waters, and an idyllic camping area complete with showers and flush toilets.

So we loaded up the car, and drove a further 2 and-a-half hours north, to meet my mum, who also had my tent.

Unfortunately, it was windy and showering when we arrived, which made it challenging to erect the tent, but we eventually managed without the tent blowing away!

I chose the perfect spot, in the upper camp with the best sea-views. It was the only campsite on the ocean side of the hill, in between trees, which meant no one else could camp next to us.

I spent one week with mum, camping beneath the New Zealand sun. Swimming, sunbathing, going on beach walks, doing yoga together, cooking delicious vegetarian food and catching up on time that we had lost. It was so nice to have a break from the internet, but in the back of my mind I kept thinking about the dream job that I had just applied for in America, and of my husband back in Nepal.

Not quite knowing where I was going was kind of exhilarating, and it all rested in the hands of the universe. I had enough confidence now, in letting go and trusting in what is meant to be, will be. I would either end up in America, Nepal or Australia. But the truth is, I had no idea what I was in store for.

A week went by fast, and the trepidation of finding out my fate loomed in my mind.

On our way home we decided to stop by to visit my dog, Kyra. She had been lost for over a month and after a lot of effort and persistence, Aiyana had finally found her surviving alone in the countryside, while I was in Nepal. I hadn’t seen her for around 8 months and I was so excited to be reunited with her.

We pulled up into her caregivers driveway to find no one was home, and Kyra sitting on a couch on the front porch. She didn’t recognise me until I stepped out of the car, and she ran straight over to me, wimpering and leaping up and down, and around in circles!

I stayed with her for about an hour, hugging her in the back seat of the car, hoping that her caregiver would come home so that I could drive away and not worry about her chasing after me and becoming lost again.

They never came, so I decided to try and leave. I looked into her eyes and told her to stay on the couch, then I drove up the long gravel driveway and waited awhile at the top to make sure she didn’t follow.

Sure enough, she stayed on the couch and I drove away feeling sad because I didn’t know when or if I was going to see her again.

I had become used to saying goodbye now. But each time it never got any easier.

As soon as I arrived at Aiyana’s place, I immediately checked my phone, excited to talk to Rubin after a week of no contact and to see if I had got the job in America. An email from the job appeared in my inbox and I closed my eyes and took a deep breath before reading it. With butterflies, I nervously scrolled down the email with my eyes, anxiously wanting to read good news, but unfortunately I hadn’t been successful.

I had put a lot of effort into creating the 3-minute video and 500-word job pitch so I was feeling really disappointed as I had my heart set on it, but at least now I had more of a sense as to where I was heading and I could still look forward to seeing Rubin soon.

Now I had everything mapped out. I was going to stay in New Zealand until Rubin got his visa for Australia, he was going to come meet my family and then we were going to move to Byron Bay together. But just as I started to get comfortable and secure in my plans, knowing exactly where I was going, life decided to throw me a huge curve ball.

A week later, I received a message from Rubin in the middle of the night, saying his visa had been declined. Did I read that right? I re-read it. It was DECLINED!

What was I going to do now?

My heart sunk, as I knew I was once again, at a cross roads and I had an important decision to make.

I could either go back to Nepal to be with him, or move to Byron Bay alone.

Every once of my being was trying to make sense of my current predicament and I tried to search for the blessing in this difficult situation that I now found myself in. Up until now, I had complete faith and trust in the universe and all the life changes and decisions I had made were from following my heart.

Do I give up on my dreams and go live with my husband in Nepal, or do I follow what I set out to do before I met him?

In my past, I had always put men first. I thought a successful life meant being happily married, and being in a relationship was like a drug to me. I jumped from one relationship to another, believing that it was the missing ingredient to my happiness. And I was devastated each time the man couldn’t live up to my unrealistic expectations or fill the huge shoes of making me happy. I used men to fill my void and escape from my own unhappy life. But after repeating the same pattern over and over again, I finally wised up to it.

I met Rubin while I was on a path of self-discovery and I wasn’t looking for a relationship. Somehow we were destined to meet and we did during the only day that I had when I was visiting Kathmandu.

Had I simply been seduced by this outdated belief of mine? Was he sent to me as a test? Or is he my soul mate?

I may never know the answers to these questions, all I know is that I love Rubin, but I have to also follow my dreams. After all, the only constant person I have to live with is myself and it’s up to me to create my own happiness.

Would I be happy living permanently in Nepal? I don’t know. But for years now I had felt this pull to go to Byron Bay, it had become a dream of mine to live there and teach yoga, and I couldn’t give up now. Everything that I had done since giving up my house and all my belongings back in 2014 was towards my goal of moving to Byron Bay.

So the decision was made. With Rubin’s blessing, I was going to make my way to Australia after Aiyana’s 18th birthday, alone, with no real plans, and a husband who was stuck in Nepal.

Unless the universe threw me another curve ball or showed me a better opportunity…. 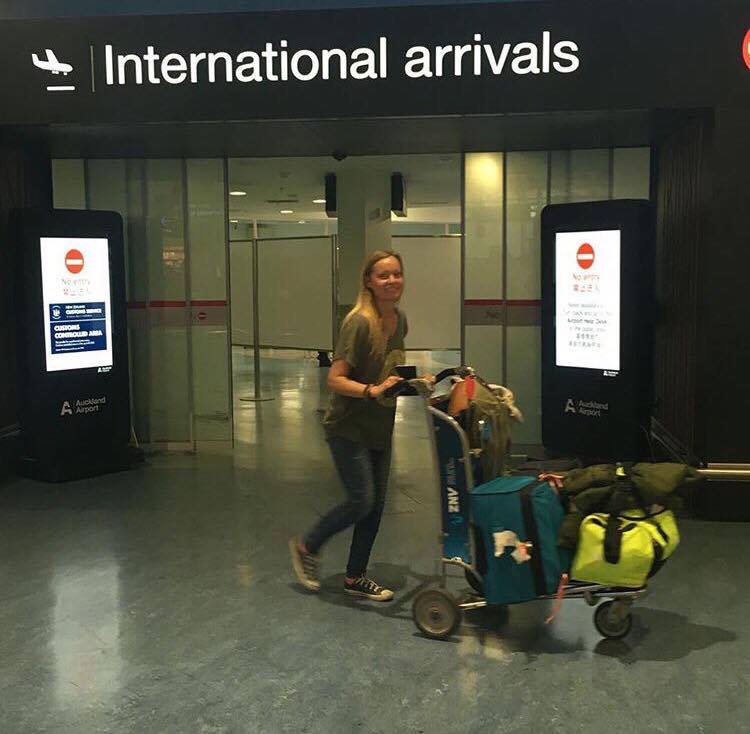 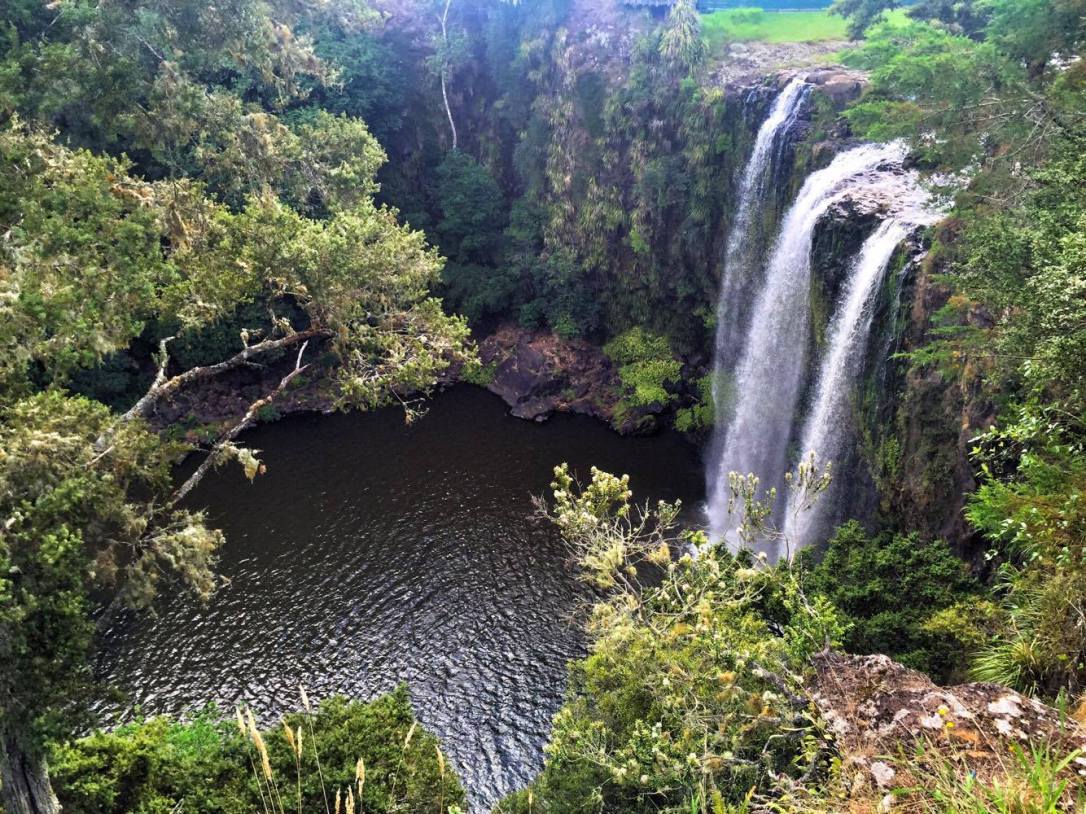 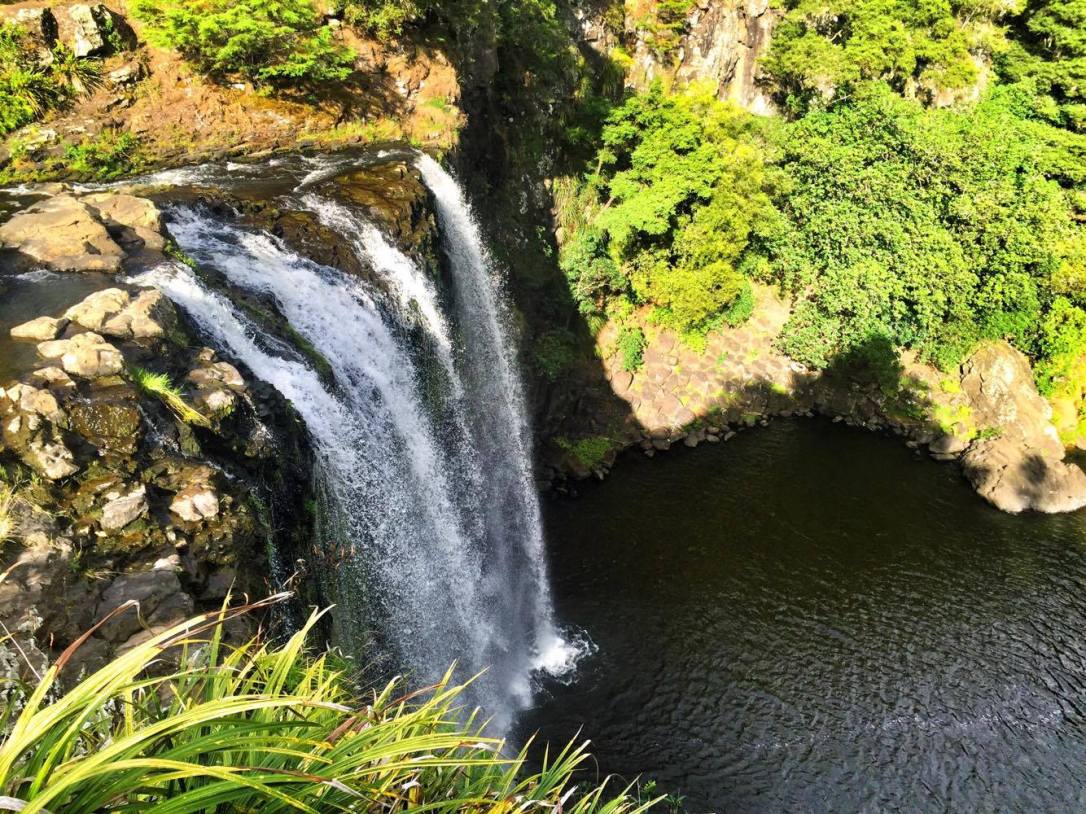 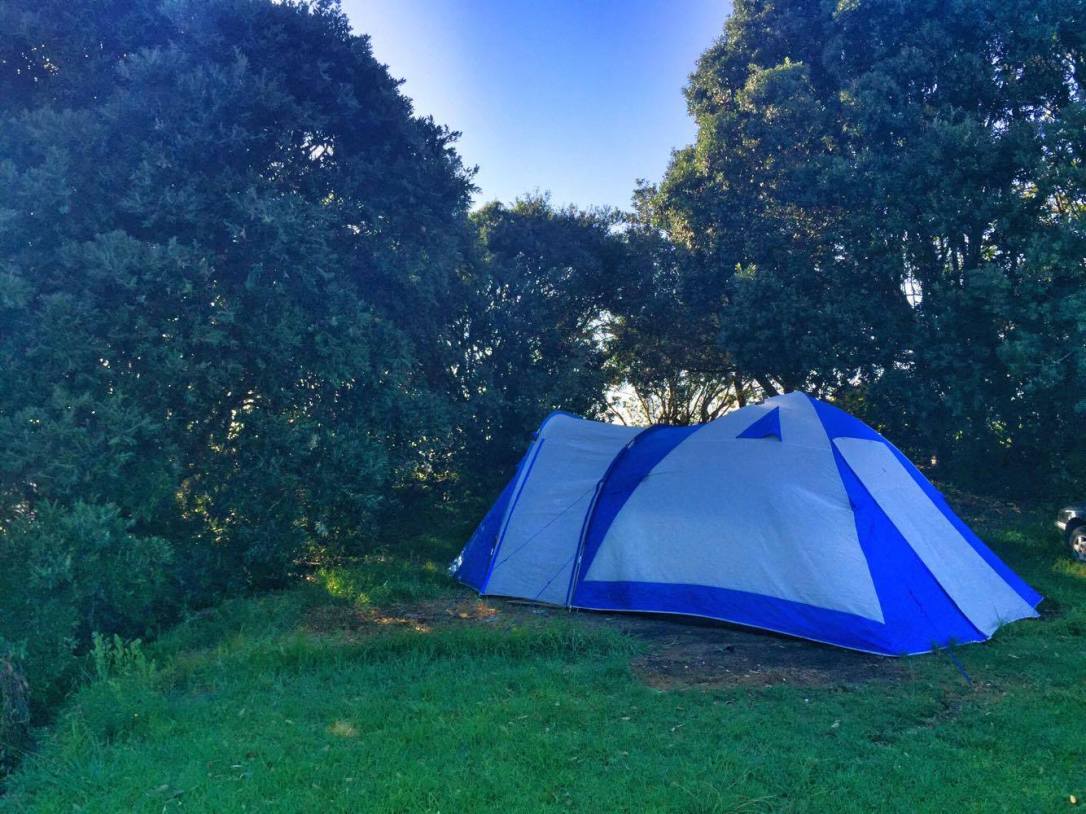 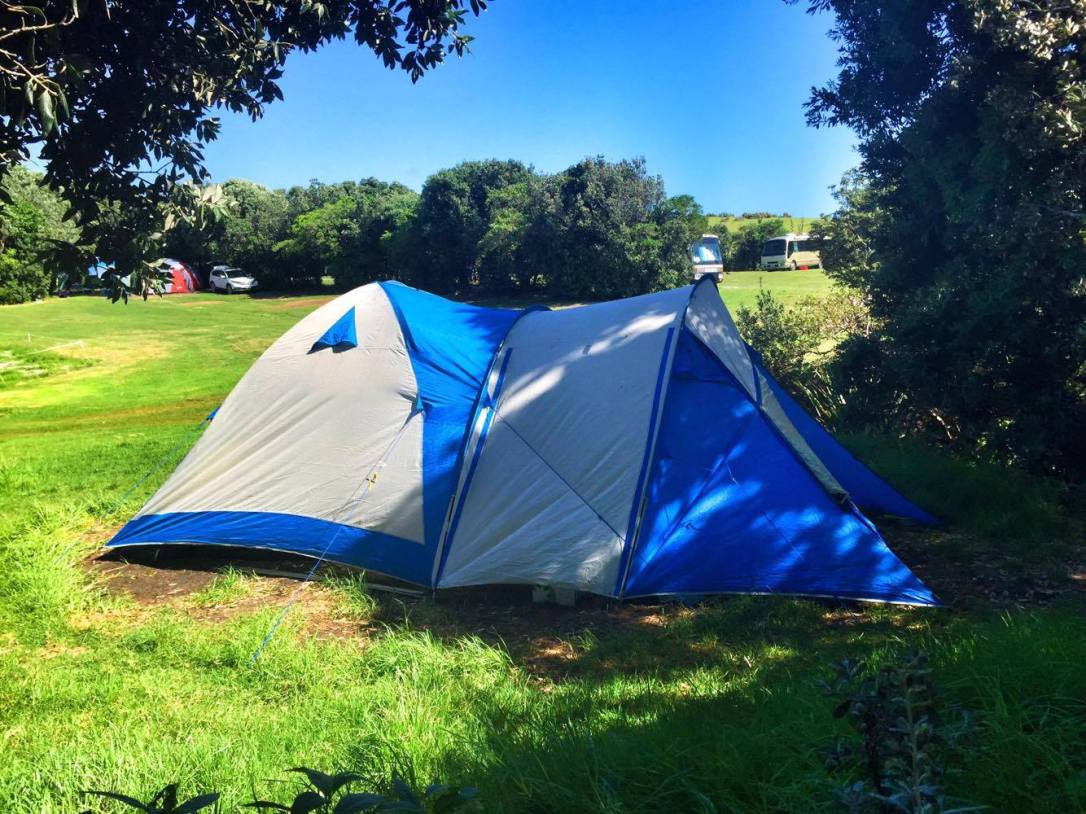 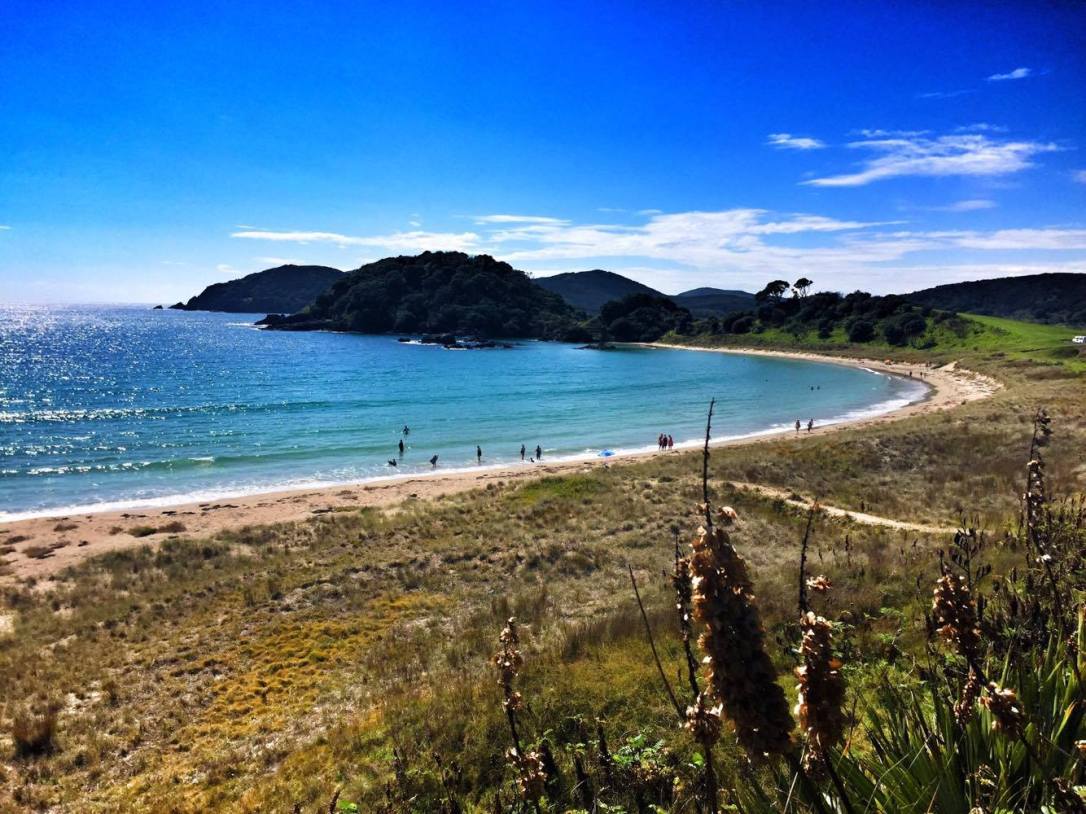 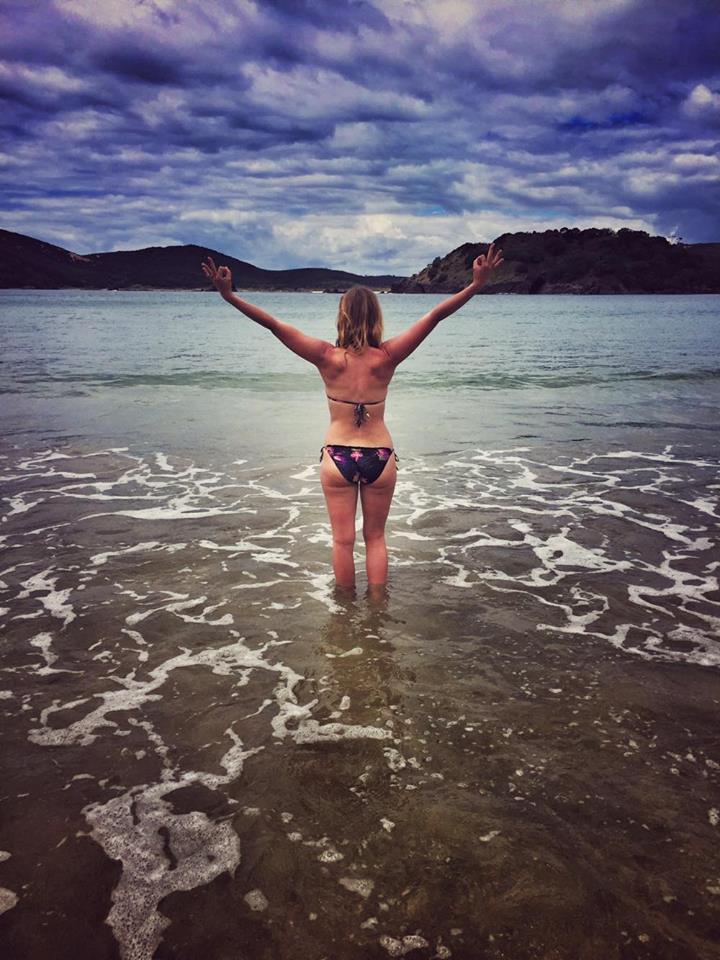 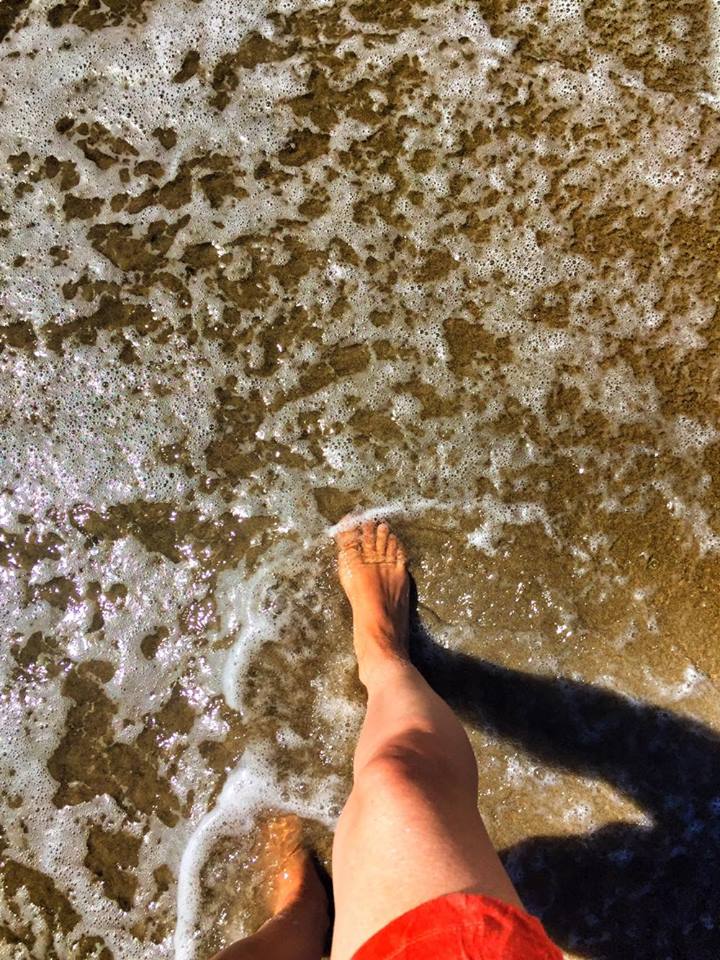 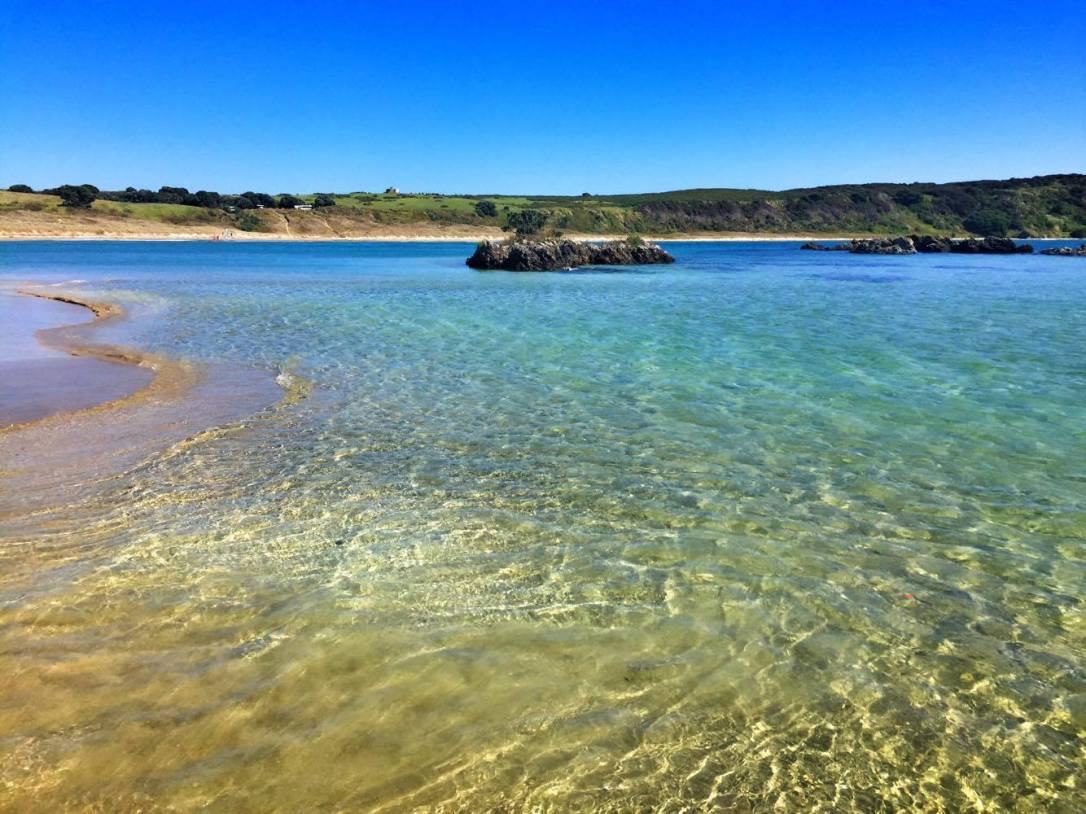 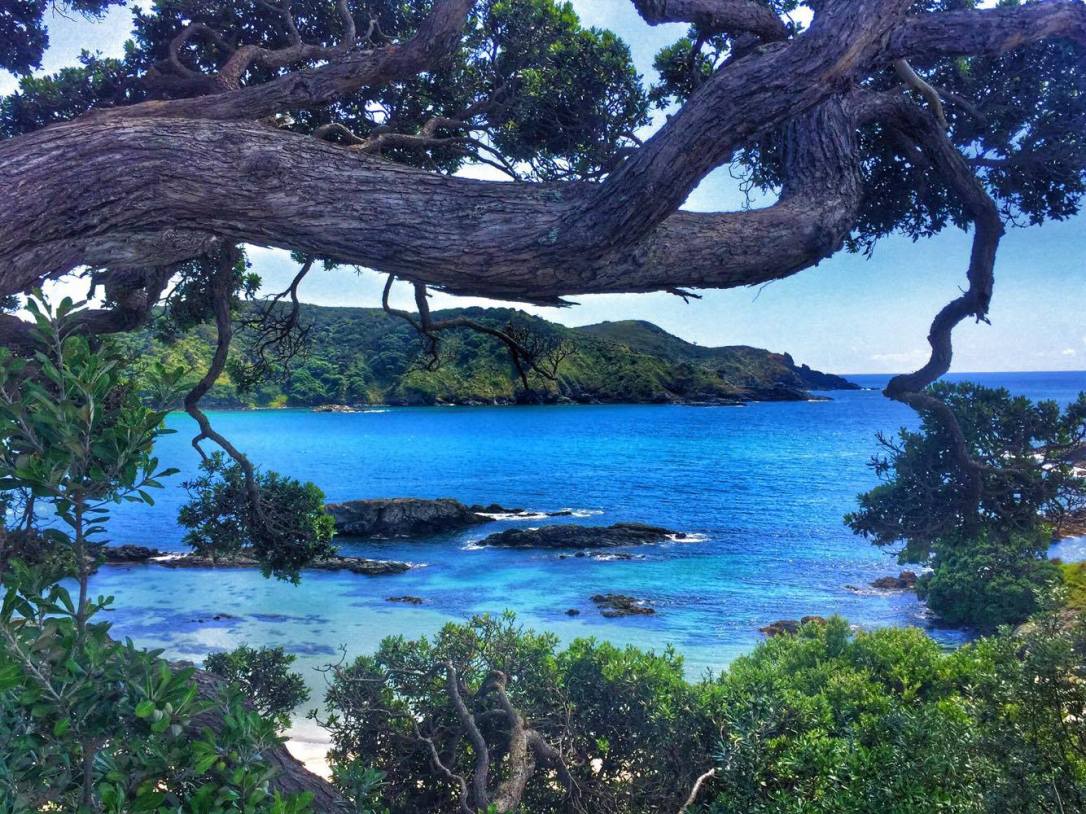 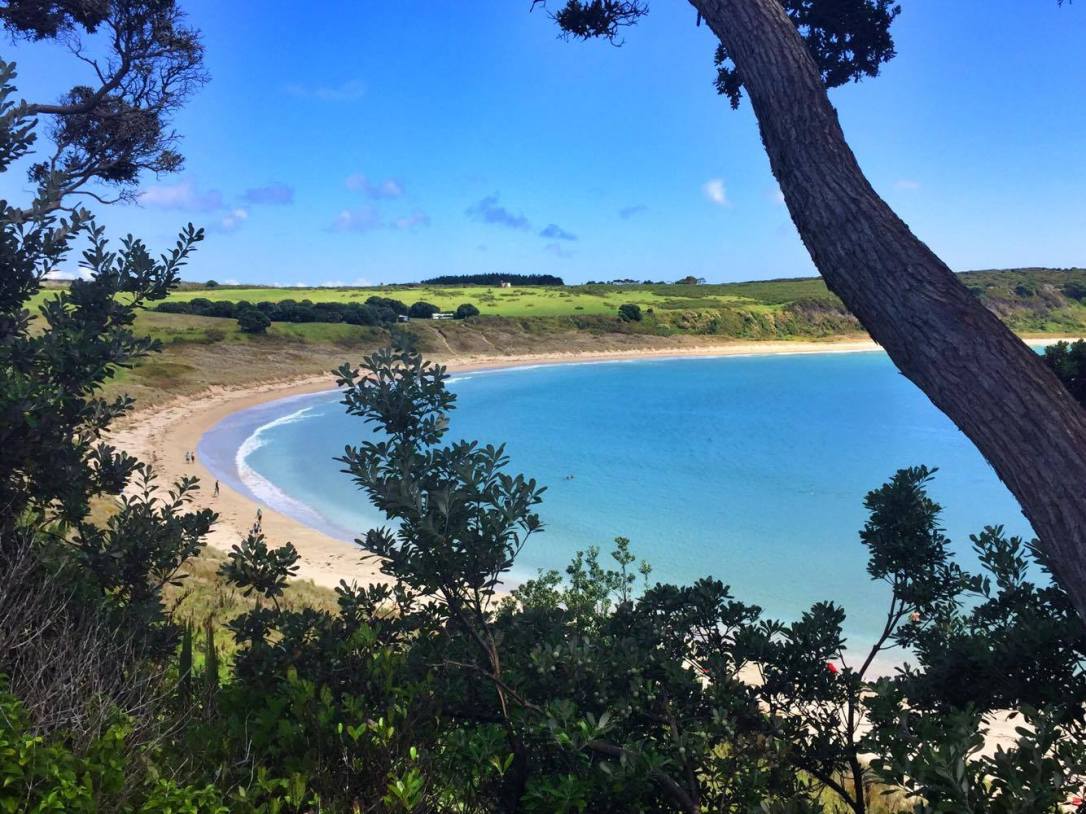 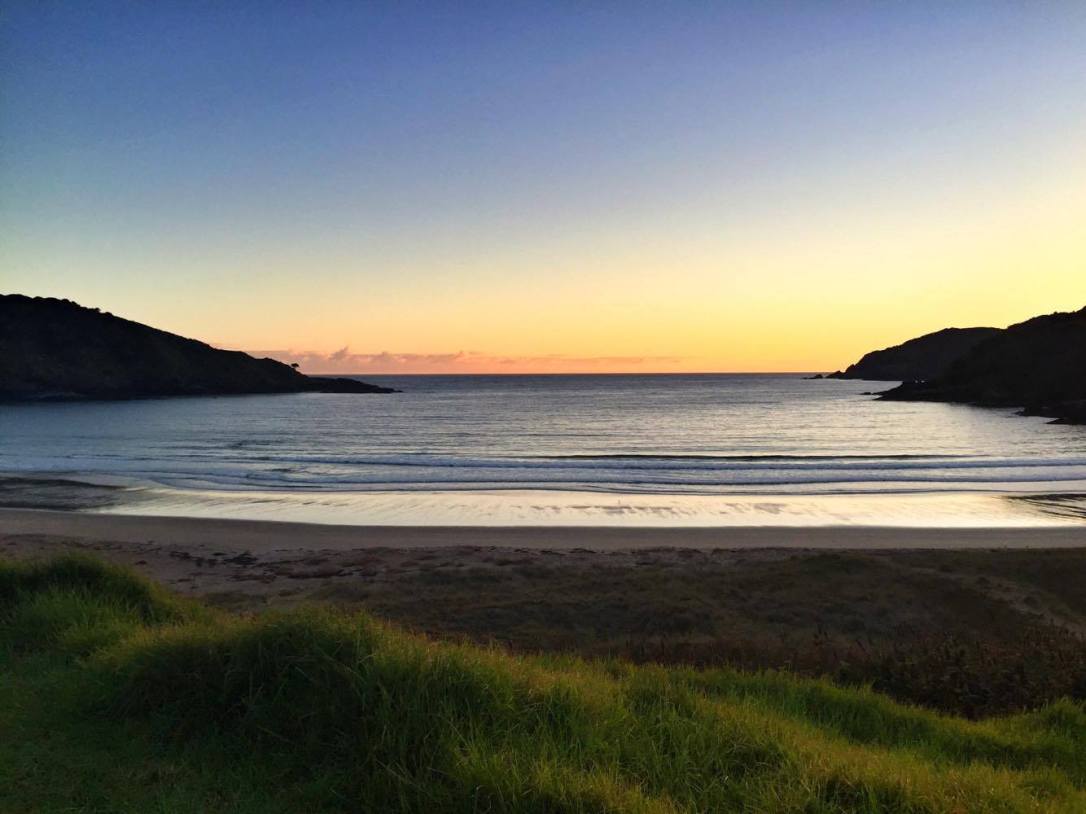 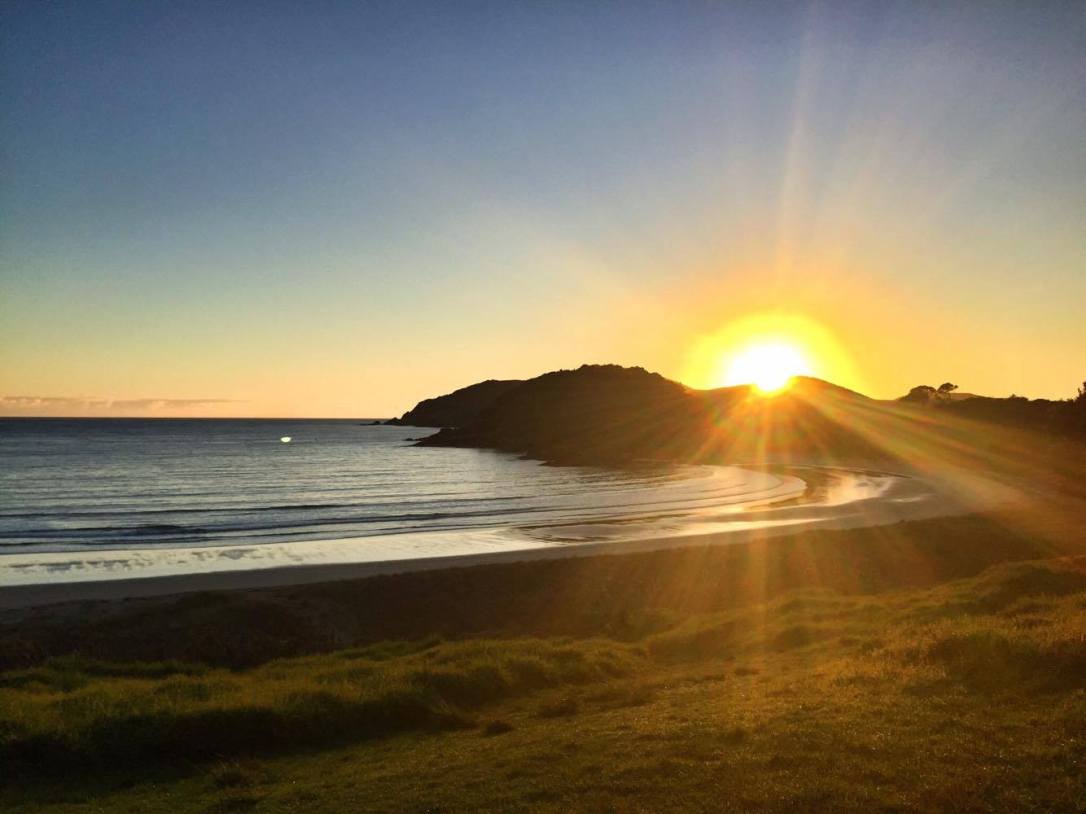 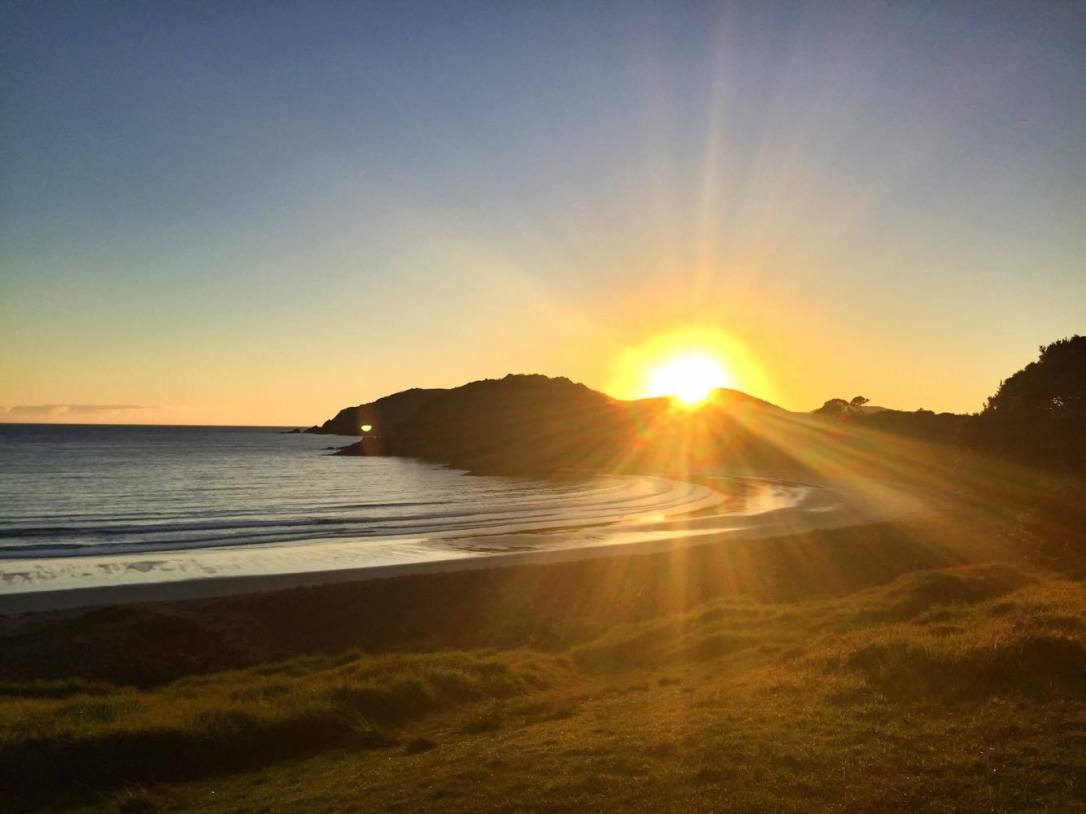 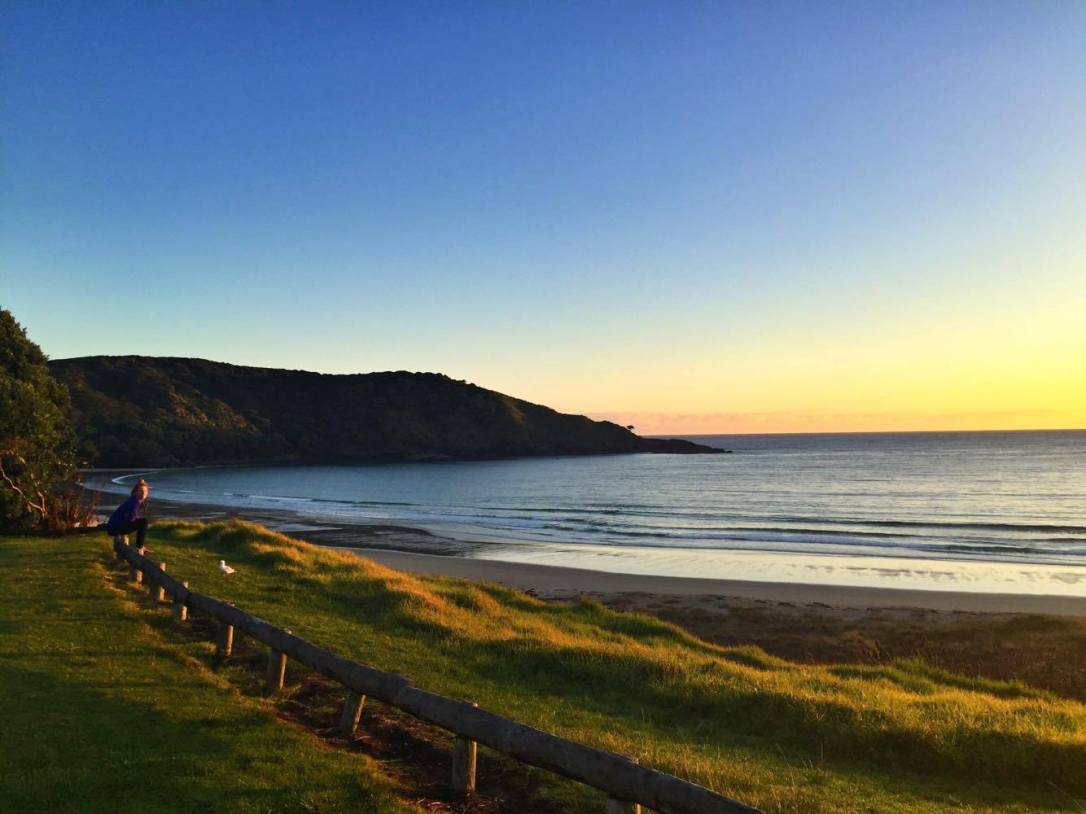 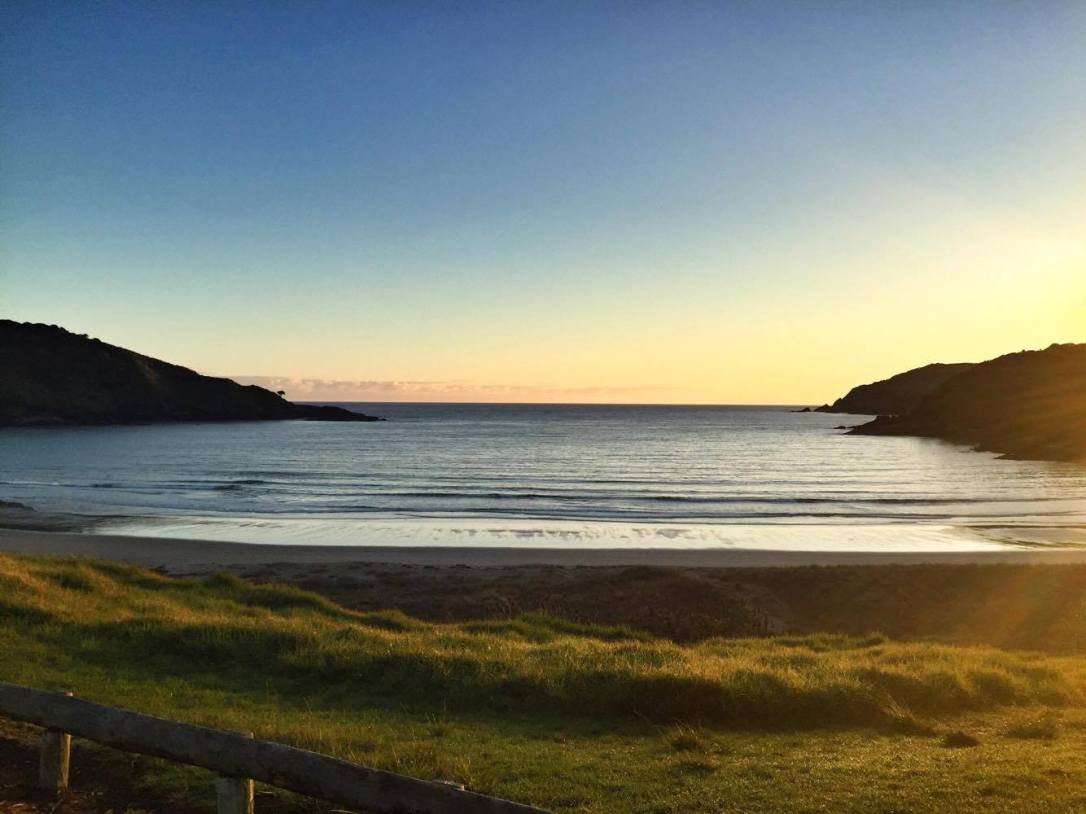 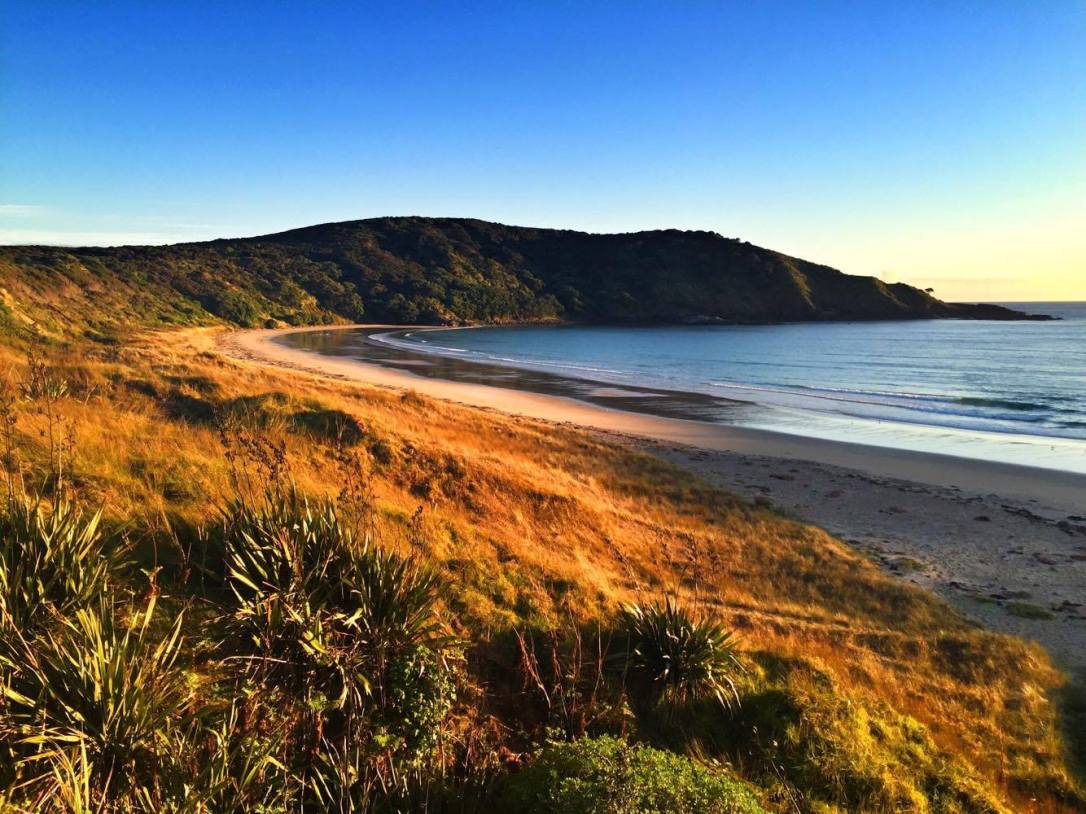 Free spirit, following my heart's desires and exploring this beautiful world we live in. View all posts by shantitaleta